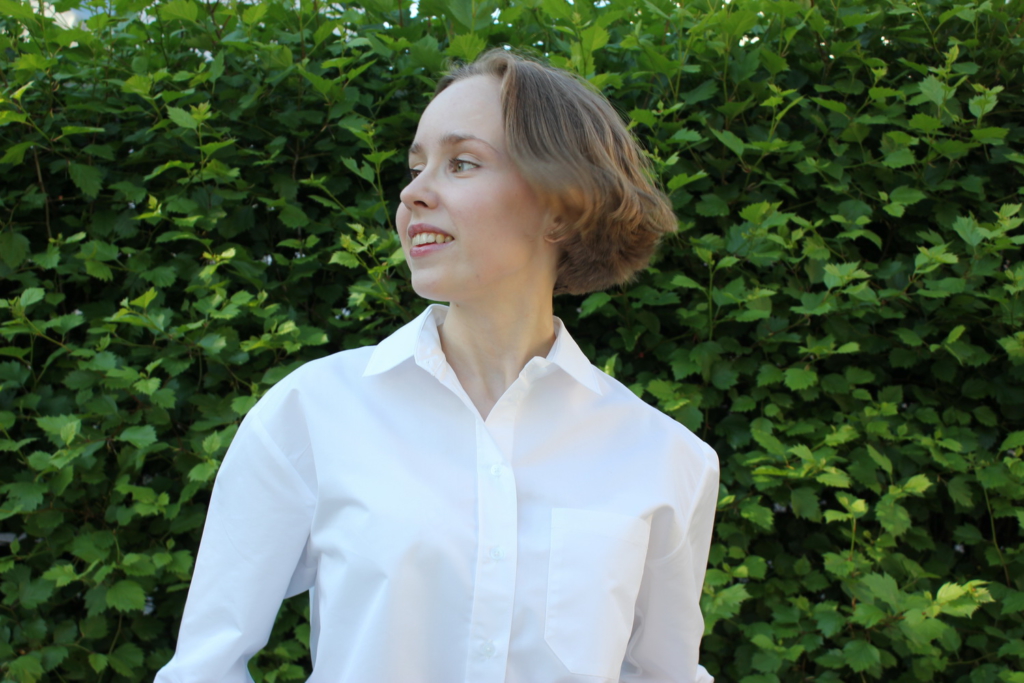 Finnish pianist Maria Hämäläinen has graduated from Sibelius Academy, University of the Arts Helsinki.
Maria holds a master’s degree in music and a certificate of completed teacher’s pedagogical studies
that grant her an extensive pedagogical qualification in teaching at different levels of education and training.

Born in Saint Petersburg, Russia, Maria Hämäläinen began her music studies in Kronstadt, a town located on an island at the Gulf of Finland. At the age of six she entered the Children’s Music School no. 8 named after the distinguished citizen of Kronstadt – honored soprano Galina Vishnevskaya. Maria’s music studies included then flute and piano playing, the latter being an absolute and immediate passion of interest of hers warmly supported by Maria’s first piano teacher Tatiana Liko. After the family’s repatriation to Finland, Maria was accepted by the Sibelius Academy
to the piano class of professor Hamsa Al-Wadi Juris under whose guidance Maria completed Sibelius Academy’s Junior Academy and the degrees of Bachelor of Music and Master of Music.

Performing with expanding repertoire Maria appears at international stages in Finland and abroad. Among others, Maria was invited to perform at the Presidential Palace of Finland, Concert Hall of Music Centre in Helsinki and the Suolahti International Summer Festival, the International PianoEspoo Festival and at the Mänttä Music Festival. She has been awarded at national and international piano competitions in England, Italy, Germany, Greece, Belgium, France, Russia and Finland.

Following her keen interest of interpreting chamber music together with violinist Tuulia Hero and cellist Anna Westerlund, Maria founded a Helsinki-based piano ensemble Trio Fermo that during a few years’ close artistic collaboration has won the first prizes of national and international chamber music competitions.
The mutual passion for exploring the art of chamber music has driven the three female Finnish musicians to discover the rare repertoire and to introduce to the public the unpublished work by Finnish national composer Jean Sibelius. Besides active music making as a soloist and chamber music player, Maria has performed with
the Helsinki Philharmonic Orchestra, NRW Orchesterzentrum Chamber Orchestra and the Toruń Symphony Orchestra performing the piano concertos by Clara Schumann, Saint Saëns, Grieg and Beethoven.

In her master thesis Maria Hämäläinen has researched the integration of musical literacy and fundamentals of piano playing developping thereby an alternative conceptual model of musical literacy. Considering the significance of contributing to the scientific writing in national languages her thesis was written in Finnish and published in 2020 by the Library of Sibelius Academy.

4 June 2020
English translation of the master thesis abstract
“Integration of musical literacy and fundamentals of piano playing. Sevent pitches to seven notes and from an image to a sound”

15 May 2020
Publication of master thesis
“Integration of musical literacy and fundamentals of piano playing. Sevent pitches to seven notes and from an image to a sound” (in Finnish only)

Rondo Classic, 30 March 2016
Trio Fermo: “When we play together, each of us develops her own personal musicality.”
Read more (in Finnish)

Helsingin Sanomat, 14 December 2014
Maria Hämäläinen played a solo part as it were created for her: sensuous and confidently overcoming acrobatic difficulties.
Read more (in Finnish)

Rondo Classic, 13 December 2014
Hämäläinen had a strong emotional connection with Clara Schumann’s poetic and vigorous but graceful texture, thereby conveying an expression of the Romantic period. She has a remarkably soft, supple touch that made the filigree weave of the concerto flow in a nuanced fashion. Hämäläinen has the skill to create an unhurried, timeless space where music can levitate…
Read more (in Finnish)

Hufvudstadsbladet, 13 December 2014
Hämäläinen’s expression is extremely tasteful and with no excesses, but not without dynamics and variation.
Read more (in Swedish)

Il Quotidiano Italiano, 5 May 2014
The pianist Maria Hämäläinen from Finland presented a memorable performance of the Third Ballade by Chopin, and received the Romantic Music Award.
Read more (in Italian)